Varieties and evolution of the arabica specie

Pogon / Education  / Varieties and evolution of the arabica specie

Varieties and evolution of the arabica specie 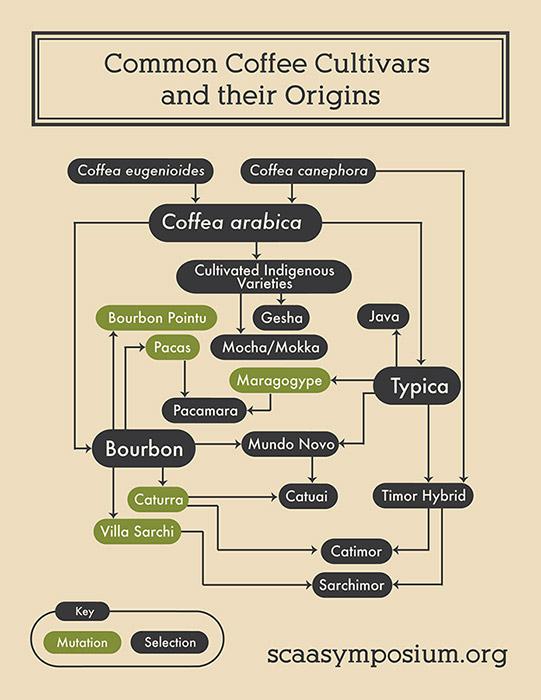 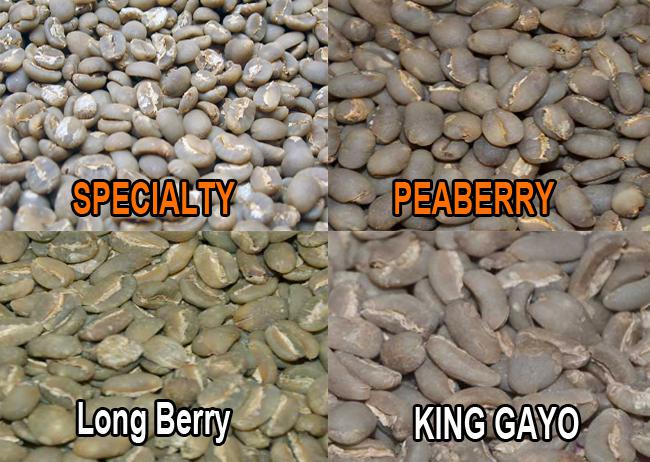 Peaberry: Cherry with only one of the two seeds is fertilized, and the single seed develops with nothing to flatten it. This oval (or pea-shaped) bean is known as peaberry. Typically around 5% of all coffee beans harvested have experienced this small mutation.

Mocha
The Mocha coffee bean is a variety of coffee bean originally from Mocha, Yemen. It is harvested from the coffee-plant species Coffea arabica, which is native to Yemen (imported from Ethiopia). In appearance it is very small, hard, round with an irregular shape, and olive green to pale yellow in color. The Mocha coffee bean has a distinct flavor. The flavor is often described as complex, very earthy and deep, and with a distinct pungency. Yemen Mocha may also exhibit a musky fruitiness, and a chocolaty aftertaste. Due to the similar name, it is sometimes confused with a chocolate-flavored coffee. Other coffee beans are also classified as Mocha such as Java, Harar… due to the same plant origin producing similar flavors as the Yemen Mocha. There are two types of Mocha from Yemen, Sanani a small bean with a high number of imperfections and the Matari a larger bean with lesser imperfections.

Depending on the region the harvesting seasons differ as shown in table below: 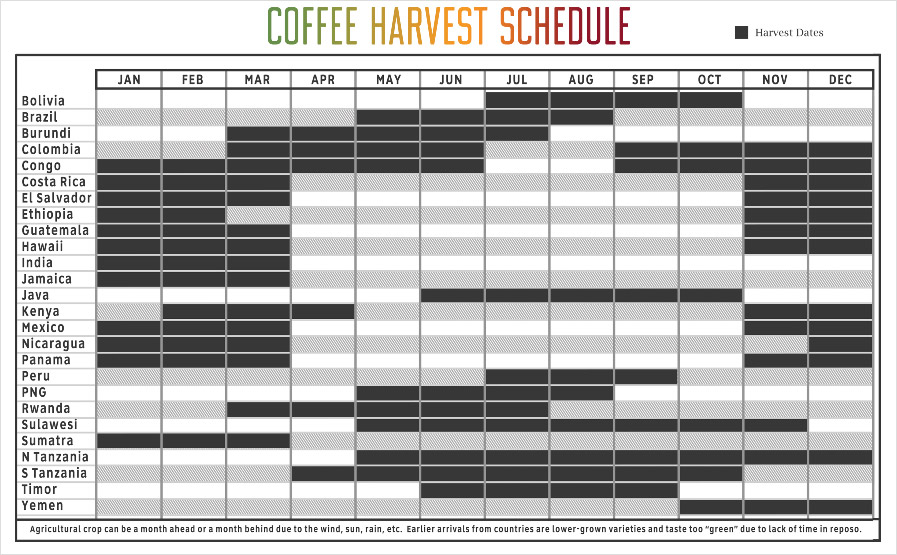 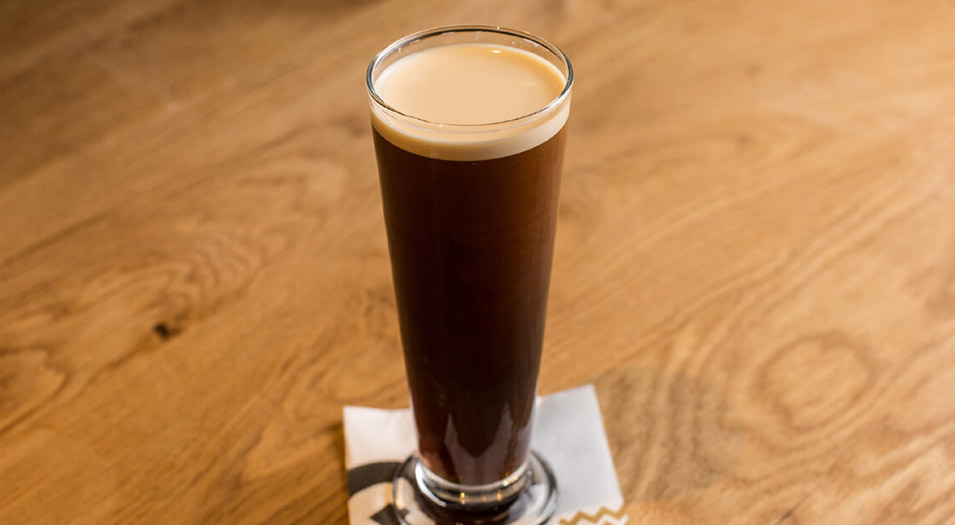